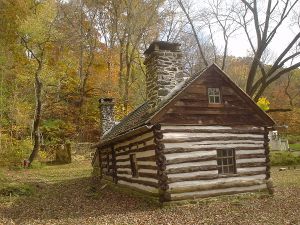 Wintering Cabins are special structures and homes located at various points along the trail where racers, regardless of how far they've traveled on the trail, how many credits or resource slots they have, or whether they're making sufficient forward progress, can "winter over" or wait out the nearly three to four months of winter that is typical for most of Offworld. They act as a safety net of sorts for anyone who is actively plying the trail to protect them from the harsh winters of the planet. This is because, in a best case scenario, it would take the average traveler nearly 2 1/2 years to reach the end of the trail, assuming they could actually get that far. But even if they can't, the cabins exist as a form of temporary shelter where their needs are provided for them by the controllers over the winter, and are places in which they can remain until they are able to resume their travels again.

And, while racers are permitted to stay in these cabins indefinitely, doing so is generally frowned upon as the cabins are seen as temporary shelters only. Wintering Cabins exist along the entire length of the trail at regular intervals, with the exception of the first and sixth hextants where no such structures exist. However, even though they do occur at regular intervals, it can be several weeks of travel between cabin locations. Cabins also exist in clusters of anywhere between two and twenty five, and can each house anywhere from two to twenty people depending on how many are most commonly needed in a given area based on regular and expected traffic to them. Wintering cabins also tend to be fairly rustic and simplistic as they are not meant to be luxurious, but merely practical and rustic in their design. That doesn't mean they're not warm and inviting, but they're also not the lap of luxury, being very spartan in their accommodations.